You are here: Home > News > Blacksmithing > Playing with fire: Creating a half penny snub end scroll

Hammer a dent 20mm in from the end – leaving a square before the dent – using the edge of the anvil and hammering the narrow side hard at 45 degrees. 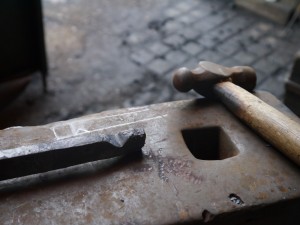 Dressing
Get the corners nice and straight by even hammering on all 4 faces.

Occupational Hazard
DO NOT OVER HEAT and burn it or you end up with a blistered bobbled end and you have to start again.

Do not cry – as many men have been known to do apparently – instead, using the square cut off hardy tool, heat the rod and hammer each side until the metal is almost cut in half. Then bend off the end with pliers so that the end doesn’t shoot off and get embedded in a wall.

Finesse the metal by hammering gently on all sides until you end up with a straight metal rod similar to when you started.

Start the whole process again creating a dent 20mm from the end.

Tapering
Reduce the angle of the cut 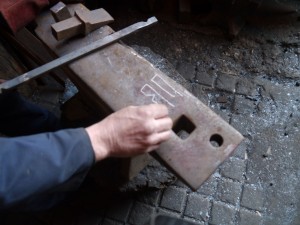 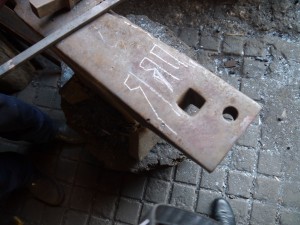 Finally create the taper behind the snub end scroll by hammering between the dent and 2cms further along until you’ve made a straight line between the top of the dent and the point on the rod. 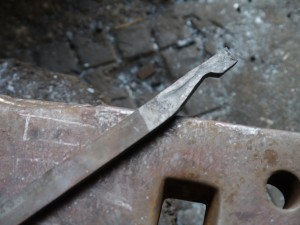 This is what I’m aiming for next week… 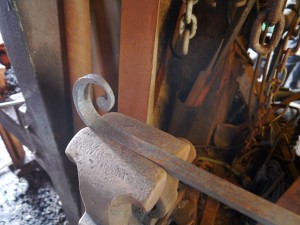