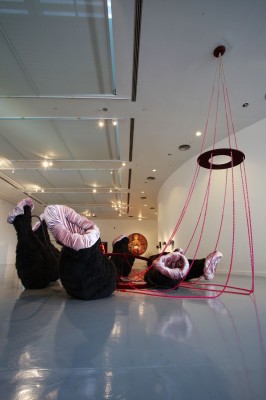 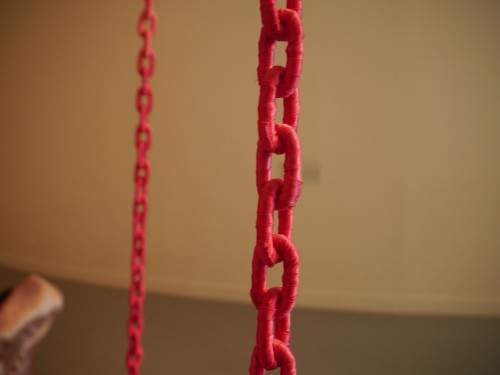 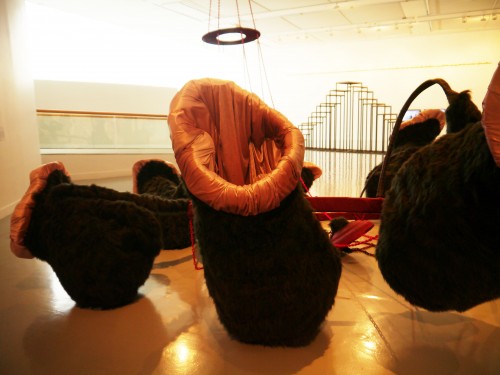 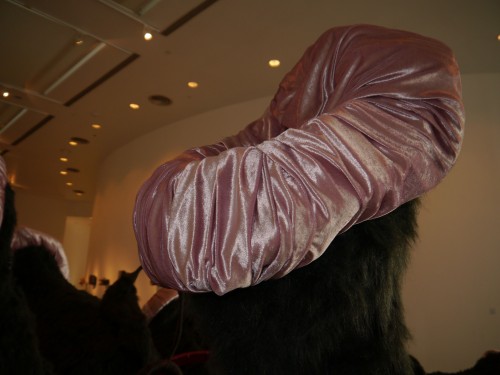 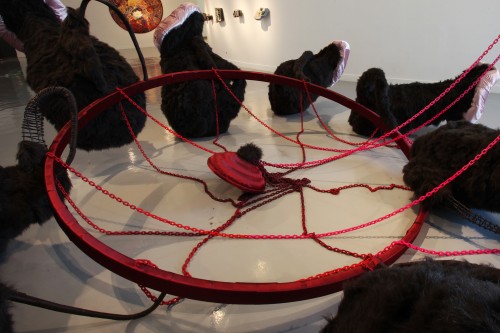 Monkey’s Cooking Pot
The monkey’s opulent cooking pot crashes to the ground having tempted one too many victims.

This oversized chandelier appears to crash to the floor from the weight of the pitcher plant arms. Its grandiose monumentality, testing the frailty of its constituent materials and the construction methods, reflects a desire to live life to its full whilst acknowledging mental, physical and spiritual vulnerabilities.

The concept of a baroque chandelier swinging precariously from the ceiling soon grew into a hairy monkey-like pot, twice the height of the gallery’s ceiling, displaying soft beautiful chain linked to the grotesque lips/orifices of the pitcher plant to entice and revolt.

This transformation was created by the collective effort of 25 Thai assistants who took the construction to a new level through the fabrication of the structure and intense wrapping of ribbon around 1000 chinks of metal.

All this was unpredicted and a delight.

See further information on the exhibition MD3: Monumentality and Fragility

Back to Sculptures portfolio.

All artwork by Miranda Housden